"Pirate Memories" teamed up with BBC Radio Essex for this event, which

re-created the sound of offshore 'Pirate' radio from the 1960's.

Presenters on board the radio-ship included Emperor Rosko,

and a number of BBC Essex’s own staff.

The BBC set up internet feeds so that the station could be heard around the world, and local listeners were able to hear their programmes

on three frequencies in the Essex area.

On board, the DJ’s used vinyl records and vintage technology

to get the authentic sound which also included an echo machine

on the presenters voice, a gimmick used by many

of the offshore pirate stations.

The shows were presented in three hour segments,

using the same kind of news and weather formats pioneered by the pirates.

with comments and requests, and these were being read out

on a continuous basis by the presenters.

On Land, at the Ha-Penny Pier Centre at Harwich’s ‘Old Quay’

there was an opportunity to see the “Flashback 67” exhibition,

With over 4000 people through the doors by the end of the weeks activities,

this exhibition proved to be a focal point for the happenings

on the Ha’Penny pier, where DJ’s Johnnie Walker and Keith Skues

signed books, and the on board DJ’s came to sign autographs

and have their photos taken with a regular stream of fans.

The BBC was also selling ‘Pirate’ Essex T-shirts, and

The Café on the Pier did a roaring trade, and the ferry taking listeners out

to the radio ship for a closer look, was busy every day.

On Tuesday August 14, the weather dawned grey and windy.

As the day progressed,

the situation deteriorated and the ferry was replaced

by a harbour tug, which brought several members of the BBC team off the lightship for safety reasons.

it was time to bring the DJ’s from the vessel back to shore,

and whilst they all got off safely,

there was some concerns about them arriving on the pontoons

near the pier which were pitching and rolling some 6 feet up and down.

Once on shore, the DJ’s made their way to the exhibition centre,

and the room was soon full to bursting with damp fans,

After about half an hour, people began to move out,

but it seemed that no-one wanted to leave,

such were the feelings that were running high from the last few days.

"Pirate Memories" would like to thank the many people whom we spoke to during the event,

for their time, their patience and above all their recollections.

We met everyone, from a member of the breaches buoy crew

which took the DJ’s off the stricken Mi-Amigo in January 1966,

We spoke to a number of ‘celebs’ and to many ordinary folk,

who just wanted to be there to soak up the atmosphere.

You were all truly amazing!

Mr Fletcher, Cari, and the many dozens of others who spoke to us,

but didn’t leave their names…..

Thanks to Mike on the Pier, Alan on the Ferry,

and Tony and his staff on the radio ship.

Also, our grateful thanks to Shaun who helped us find our way around Harwich,

and to Carly for helping us put up the exhibition on the Tuesday night.

We hope you all enjoyed the exhibition as much as we did presenting it…..

Finally, thanks to everyone who gave or sent pictures to us

Thanks also to Chris and Mary Payne,

for their permission to show a number of the pictures. 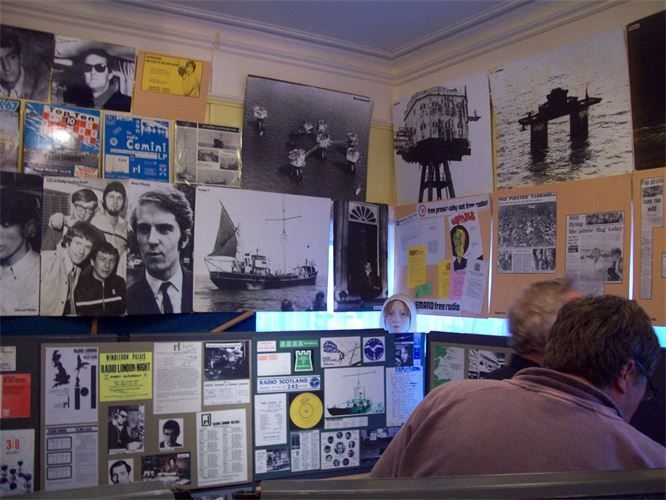 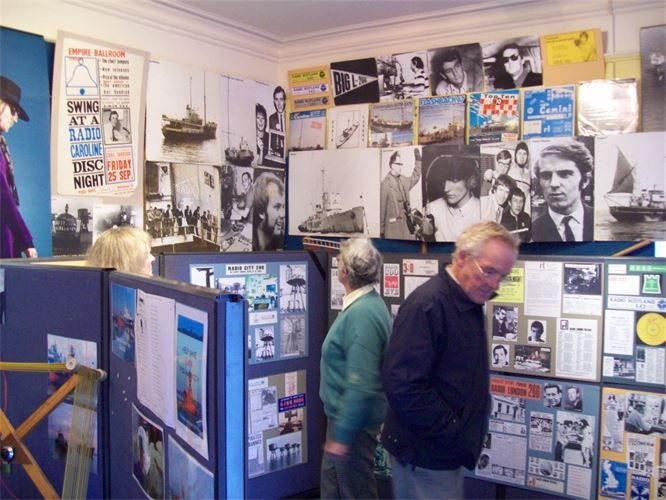 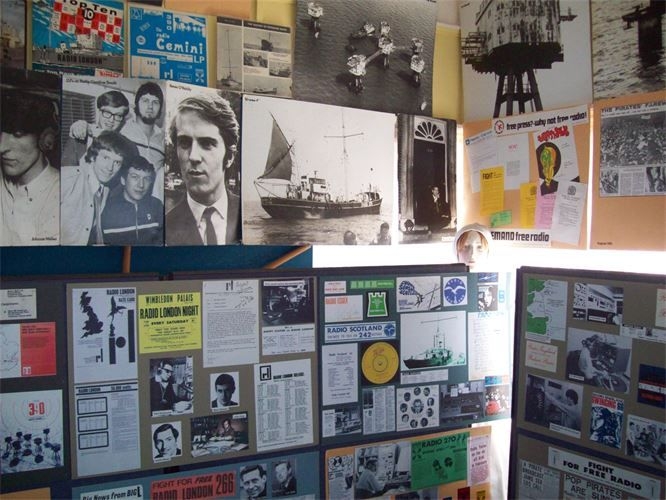 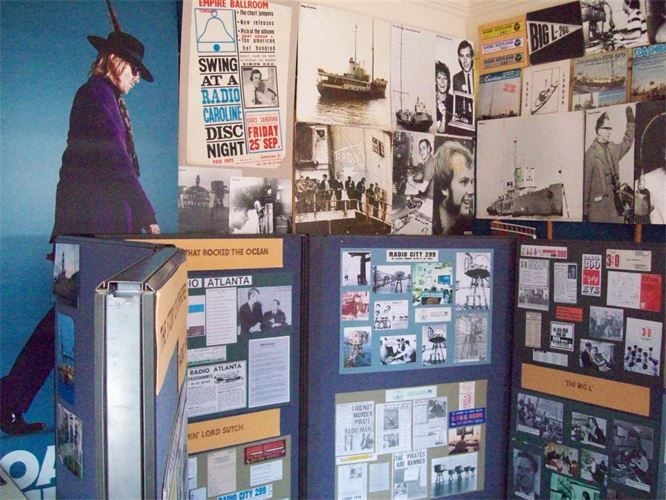 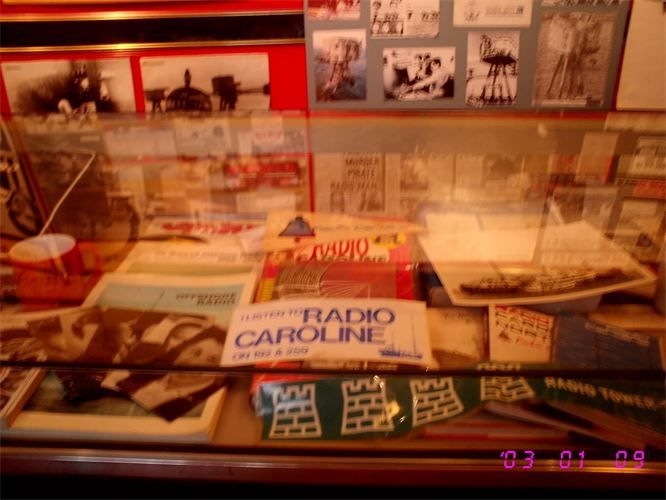 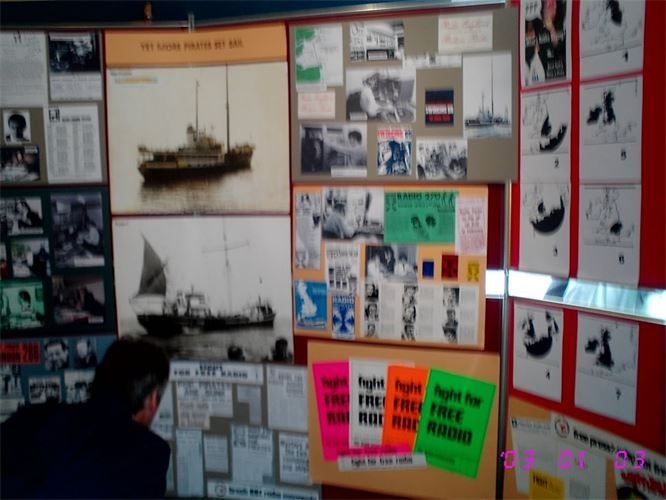 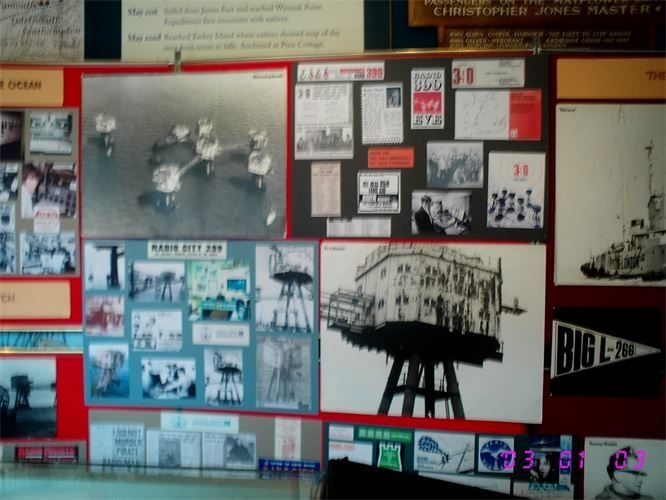 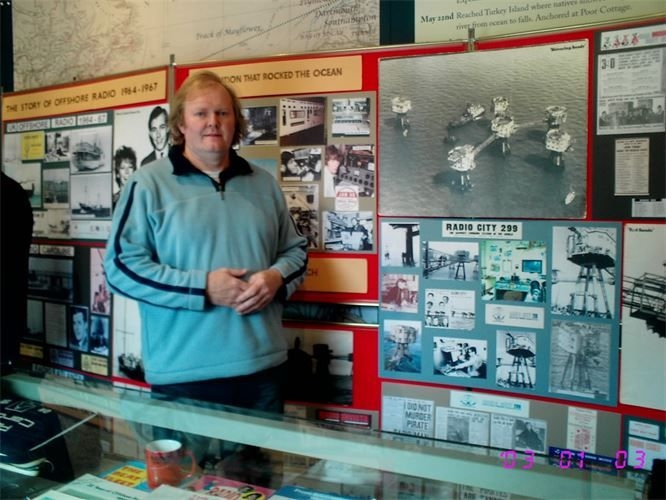 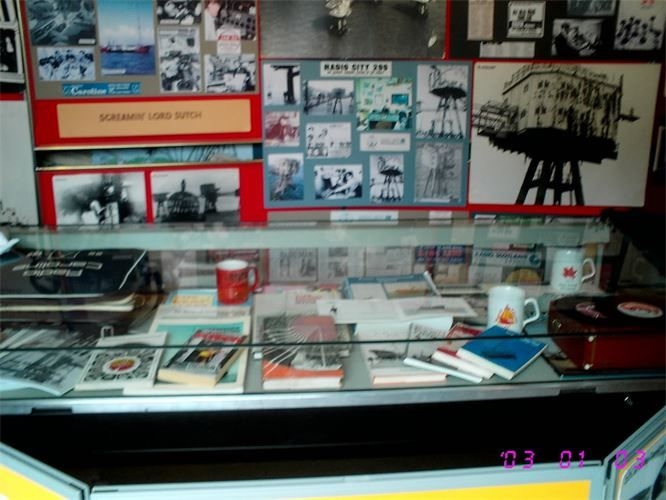 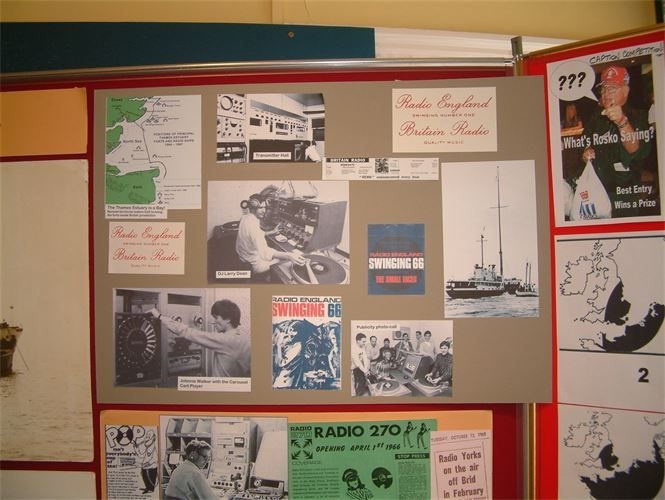 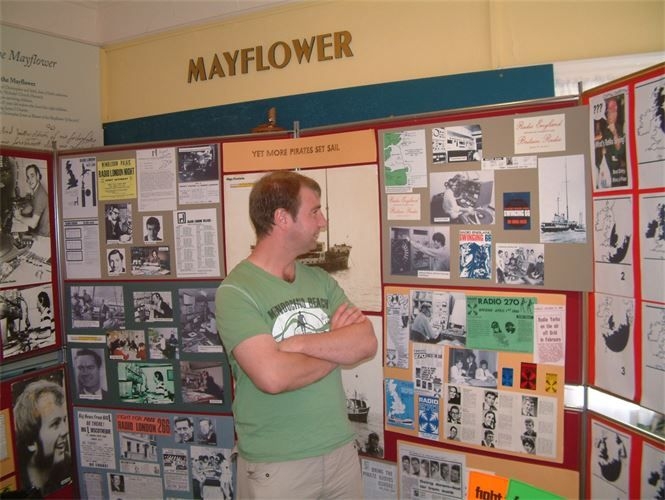 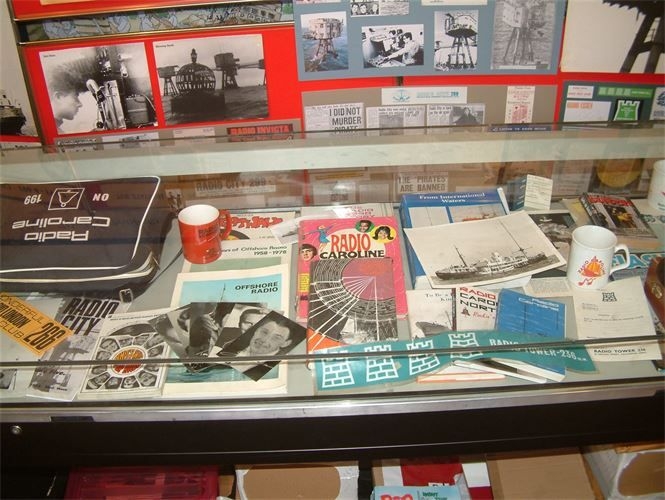 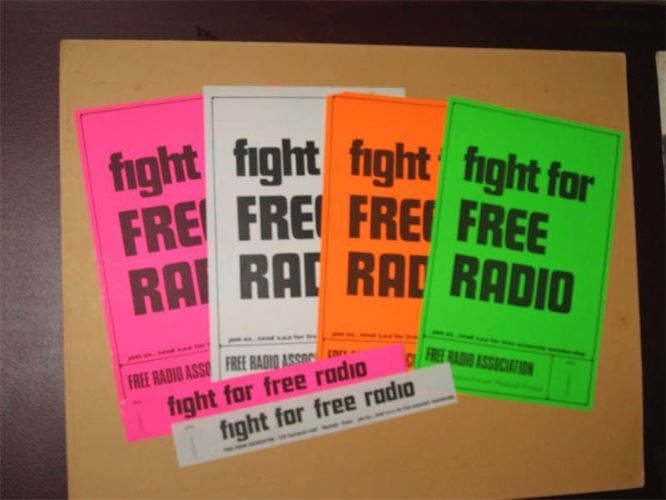 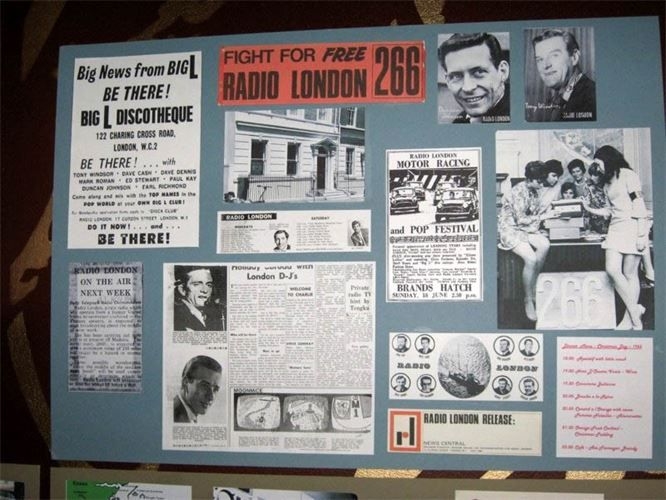 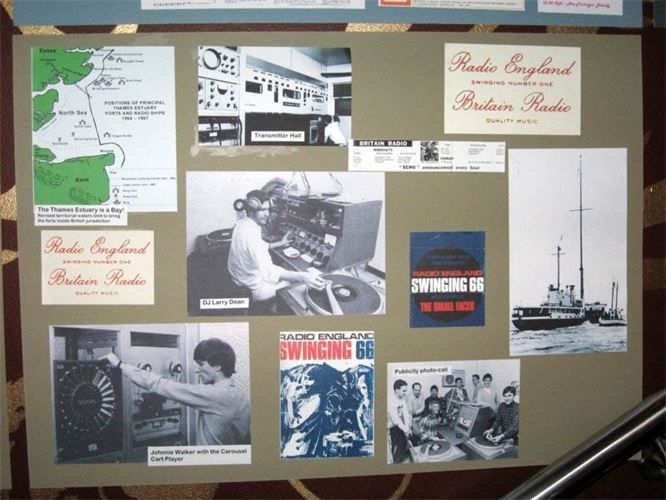 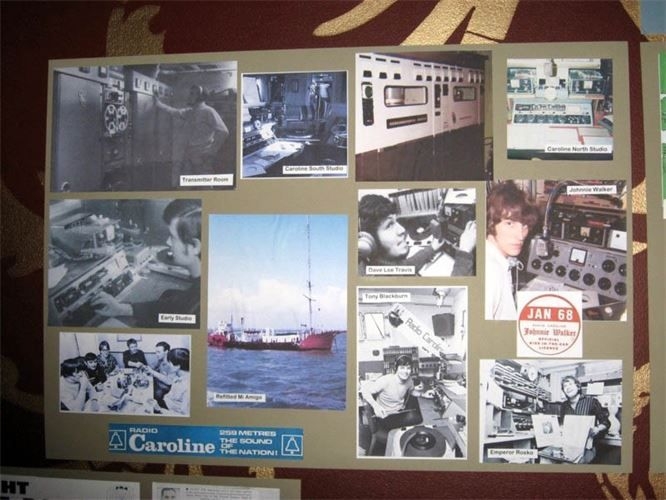 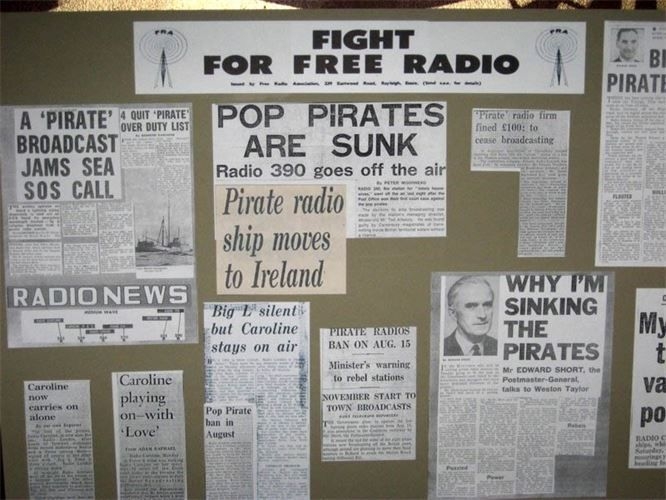 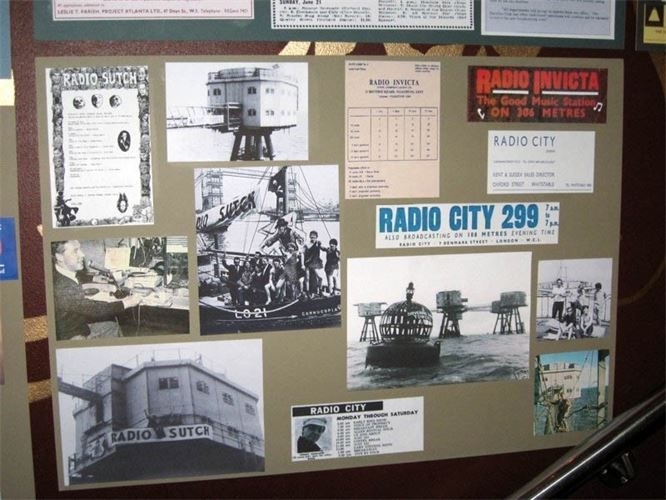 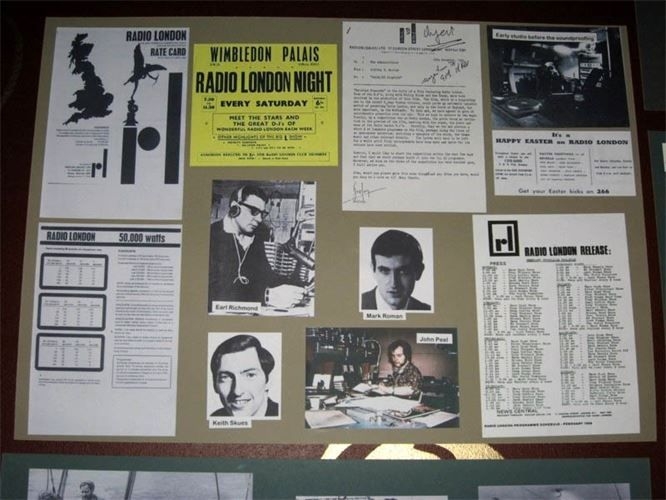 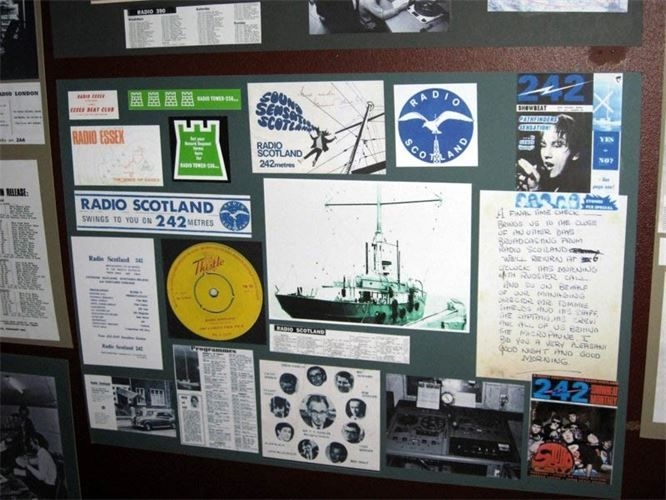 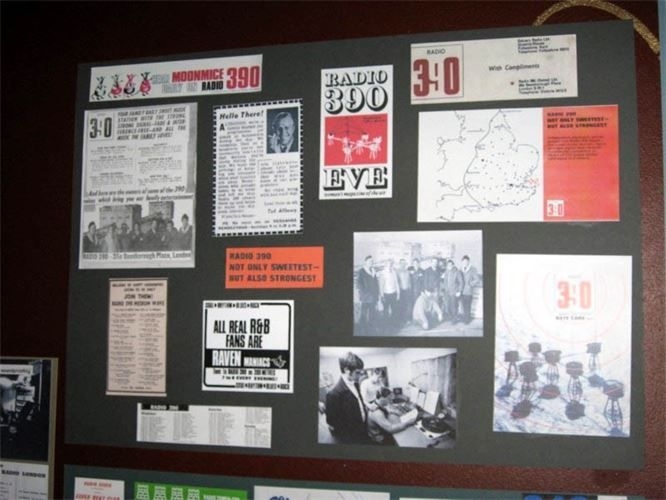 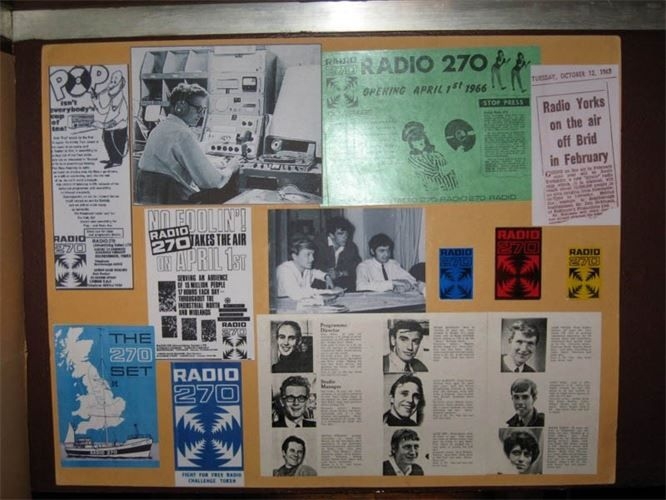 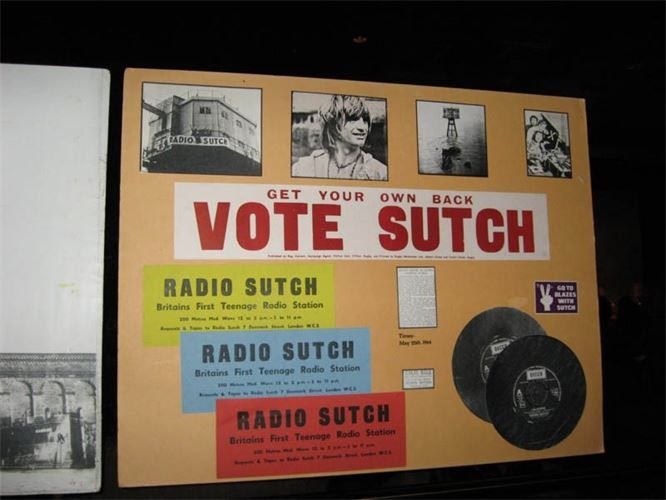 We know that there was also a badge with "Radio London" in a similar style,

We found one at auction last year, but the bidding was so intense,

Perhaps if you have the Radio London badge, or know of one,

We'd love to have it in the Exhibition.