from an internet auction site in 2005. 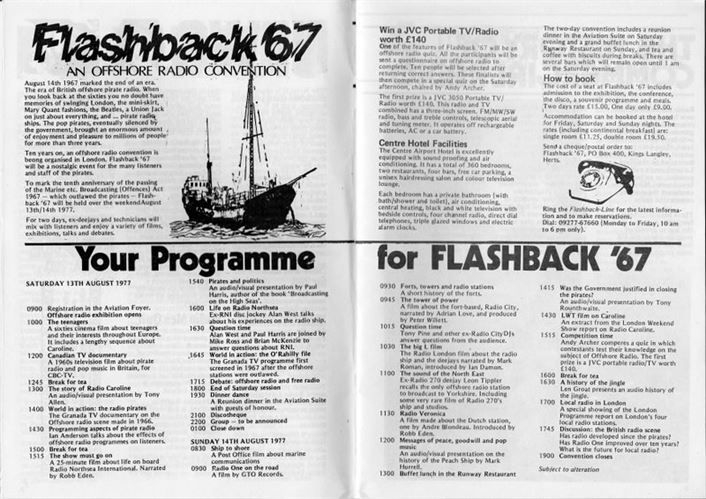 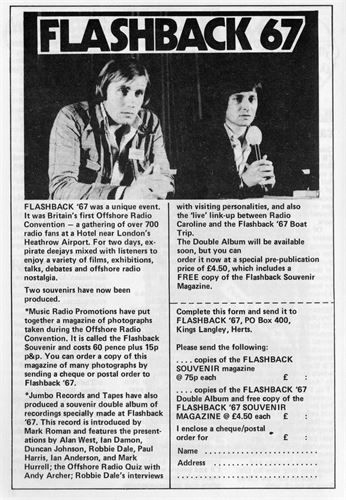 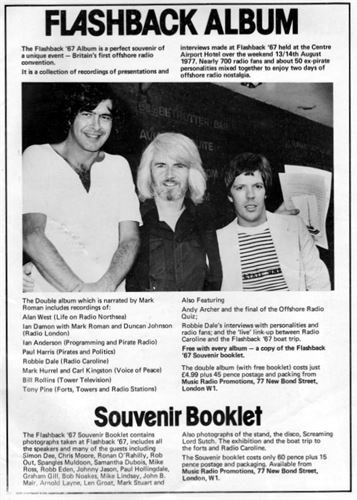 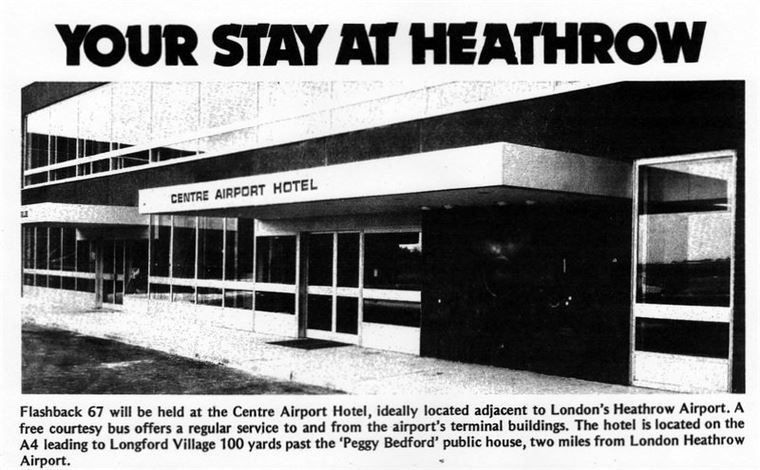 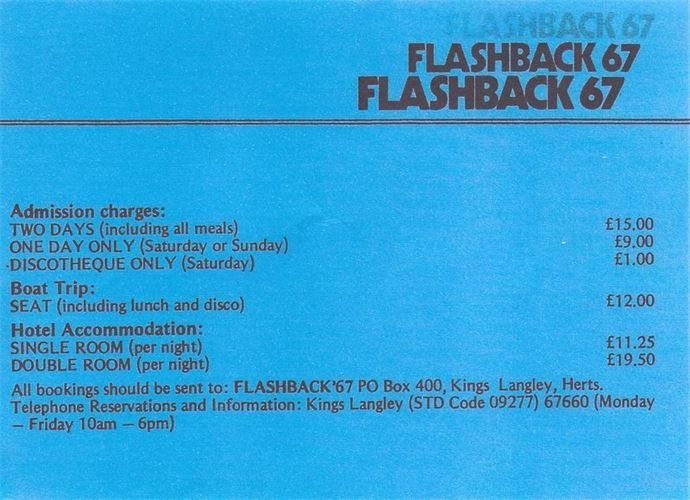 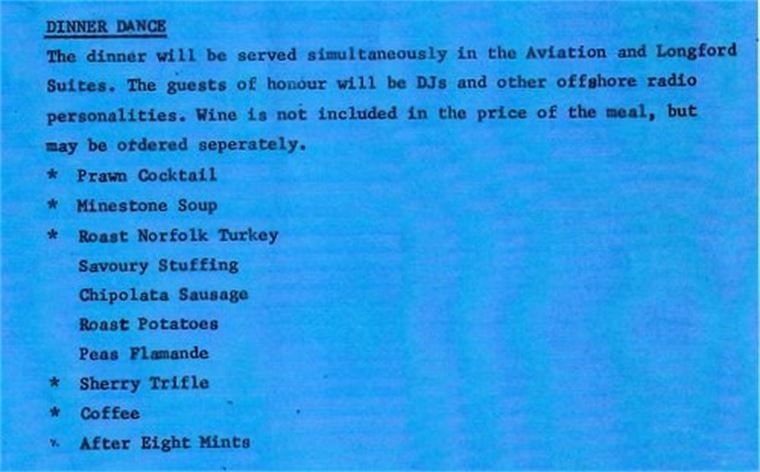 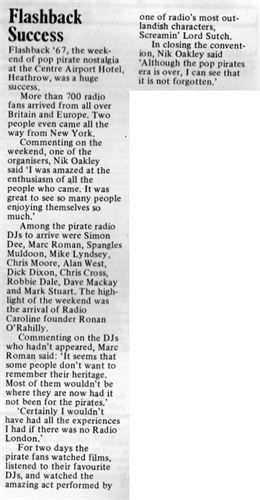 The original owner ran a publishing company in the mid 1970's, predominantly dealing

in August 1977,  he decided to organise an exhibition and seminar,

and invited a number of ex-pirate DJs and presenters to attend.

The venue for the event was the Centre Hotel at Heathrow airport,

The event was a great success, and tickets sold out.

There was even a "live" link up with the Radio Caroline ship Mi Amigo during the proceedings.

After the event, the owner packed the pictures away and promptly forgot about them

for a number of years.

In 2004, he decided to move and upon clearing his house, came across the packs of photographs

When Pirate Memories bought the exhibition, the photo boards were in a pretty poor state,

with a number being affected by damp and mildew.

Over the past 9 years we have refurbished many of the pictures,

added a stack of new photos and memorabilia, and redesigned the layout to make it more user friendly.

marking the 50th anniversary of the beginning of offshore radio.

in its current form.